A TRAIN RIDE THROUGH THE SPANISH COUNTRYSIDE

During my second week in Spain, the time came for me to take a small weekend trip to Caceres, which is
another city about four hours away from Madrid.

There was a very important reason for this trip.
My youngest brother leaves and works there. He moved there in 2002, after he finished his college degree in what we call here in the US, Criminal Psychology and he was offered an awesome job that he just could not refuse, even if it meant moving.

Although he had come to Madrid to see me when I arrived, there was something very important I had to do
before I came back to the States.
I was a woman on a mission! :)
So, my older brother and I bought train tickets, and we got ready for a weekend trip.

We left from the main train station in Madrid, called Chamartin.
It is a beautiful train station and it looks more like an airport that a train station, it even has real gardens and trees inside. 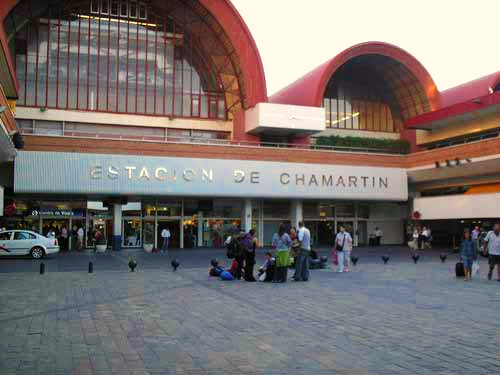 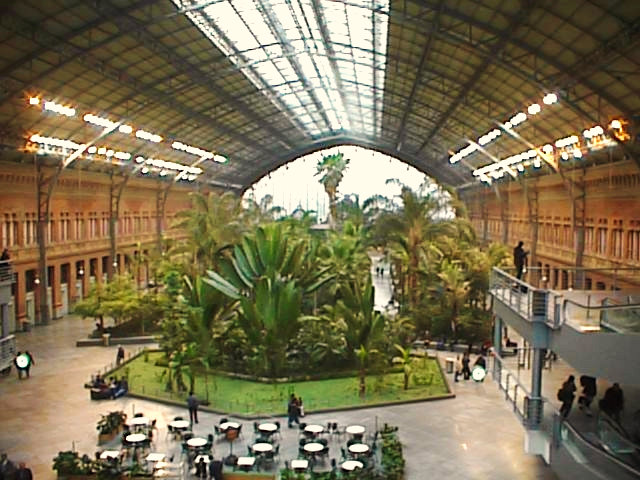 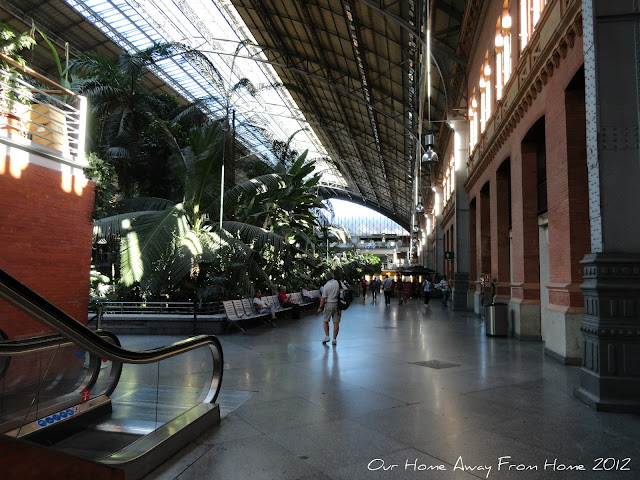 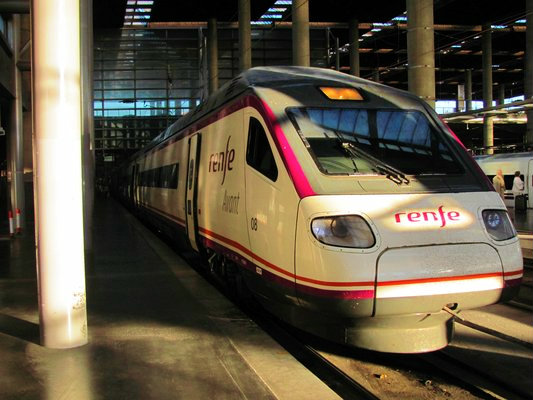 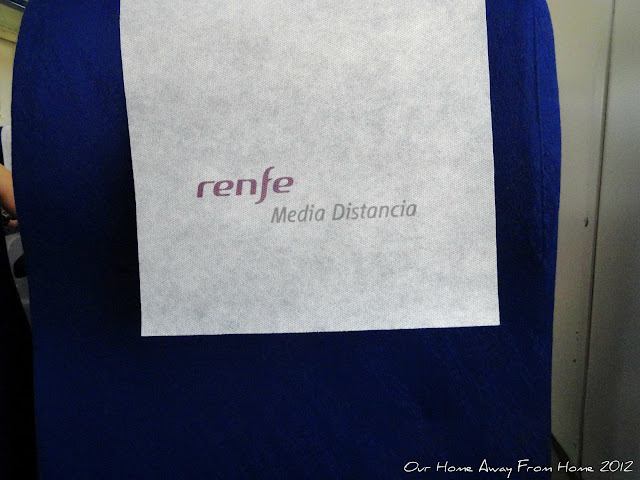 From Madrid to Caceres is mostly farm land.
Look at all those olive trees! 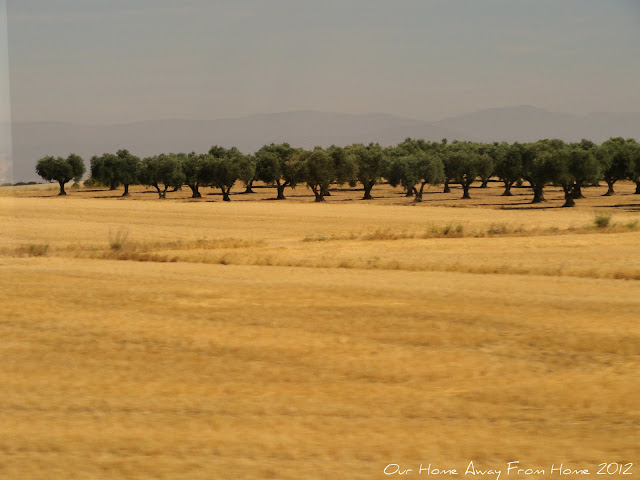 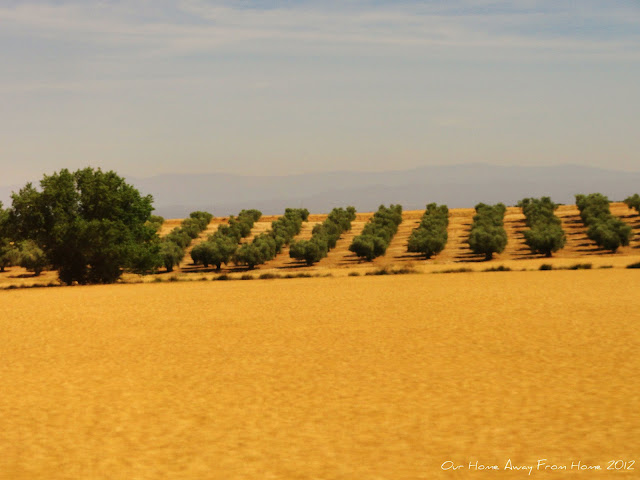 And the fields full of sunflowers! 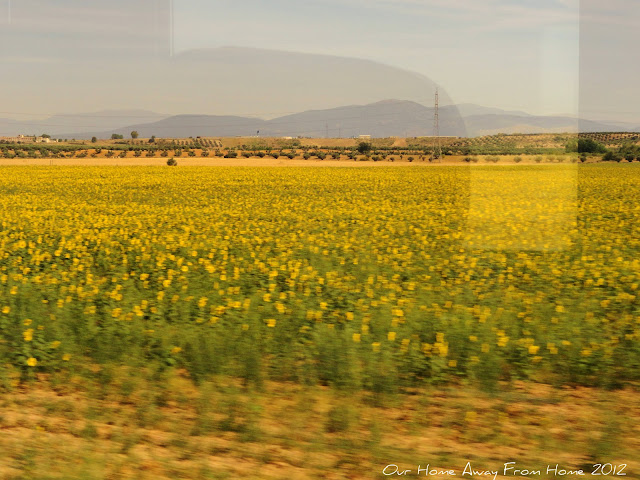 Look at these old train stations! 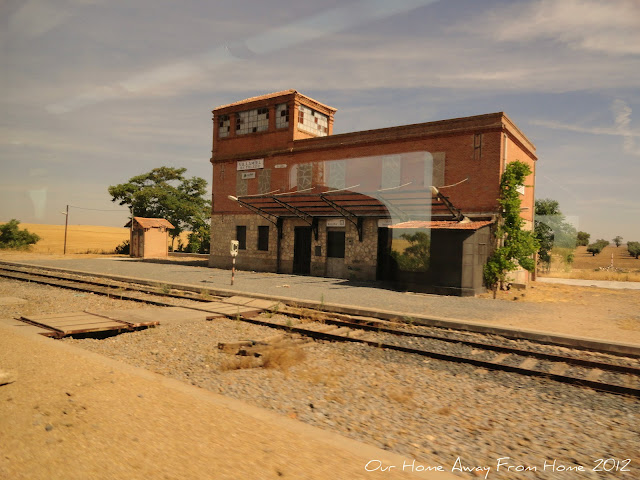 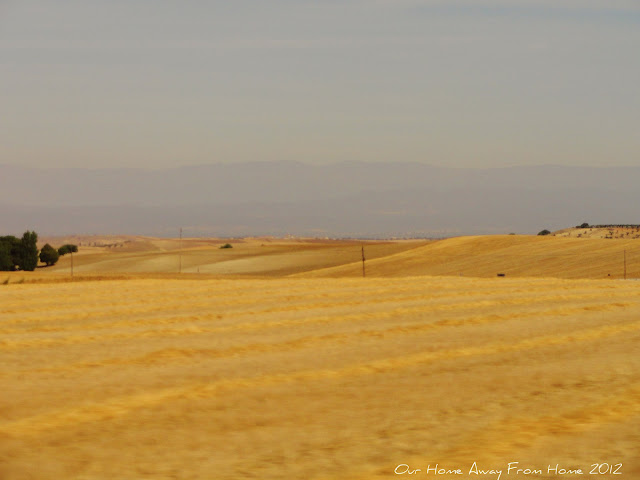 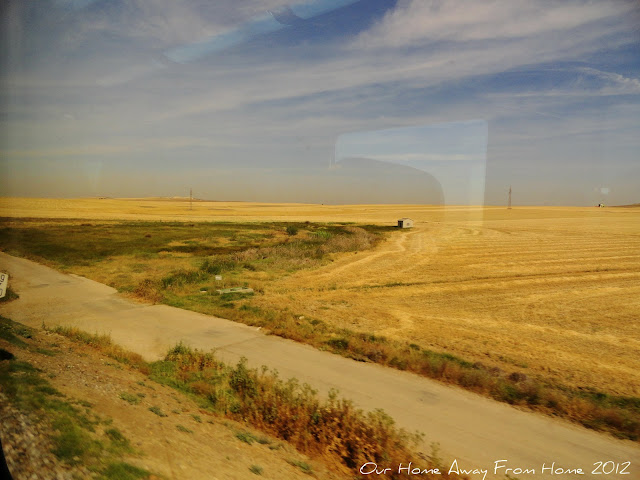 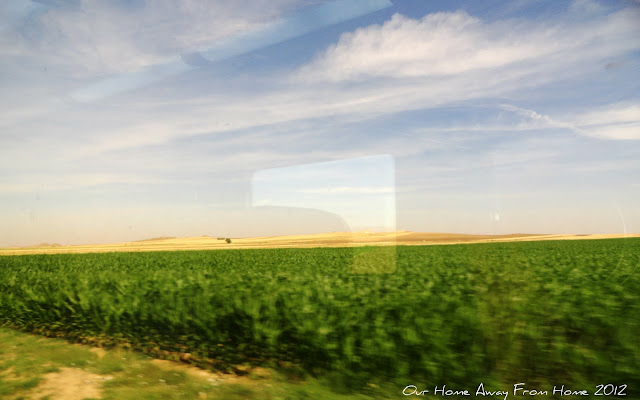 The train stopped in several towns along the way to pick up more passengers. 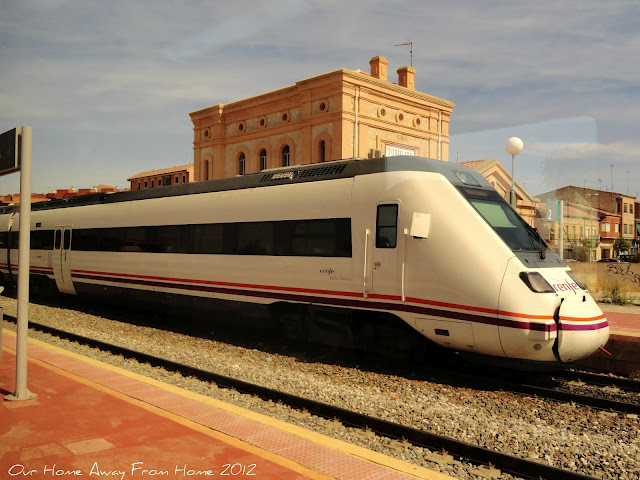 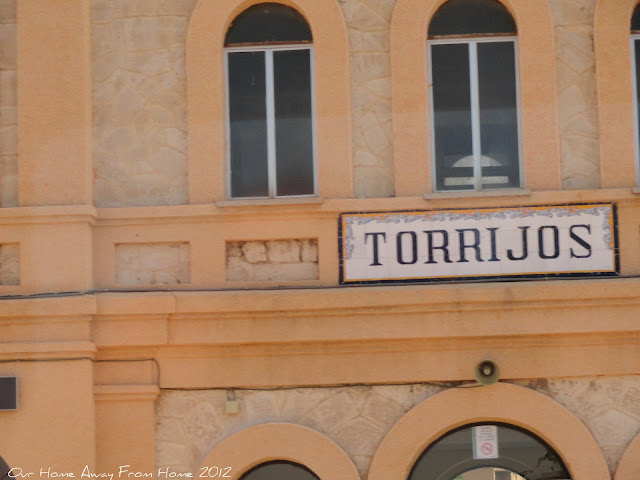 And when the train on front of us moved, I was so surprised to see the station had an employee directing the departures and arrivals of all the trains, just like in the old times. Isn't that neat?
I hope this lady didn't mind me taking her picture! 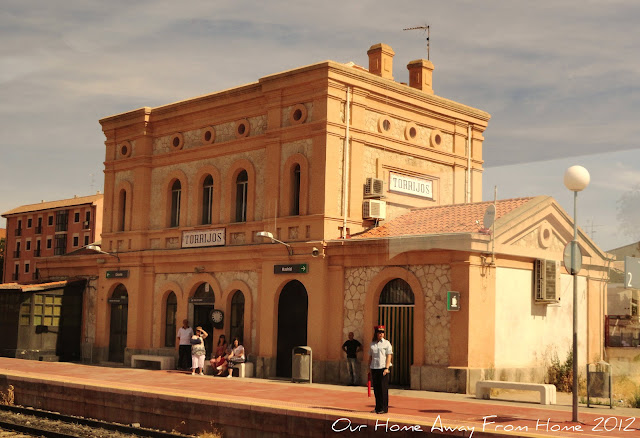 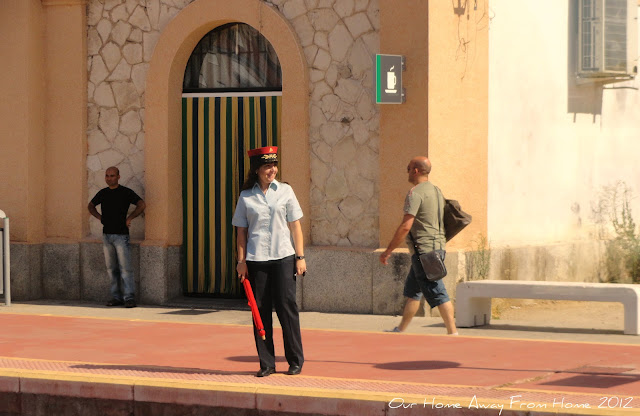 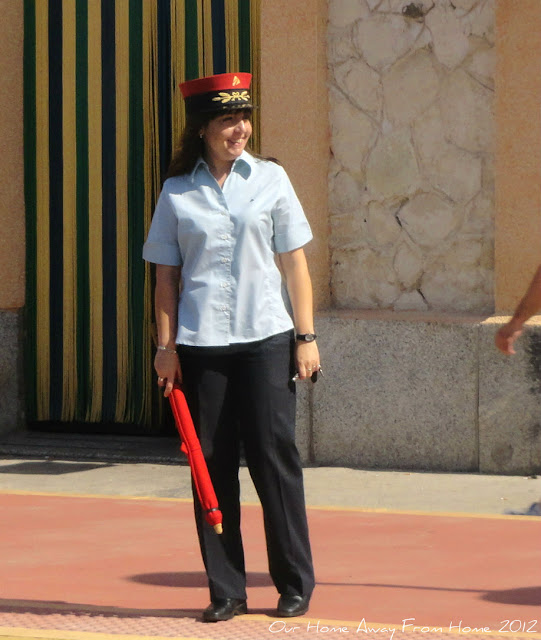 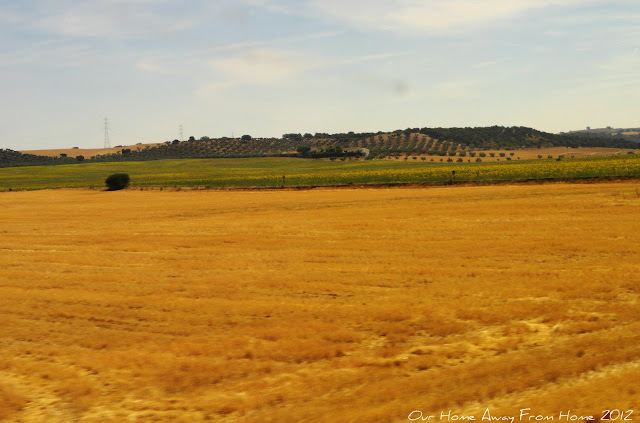 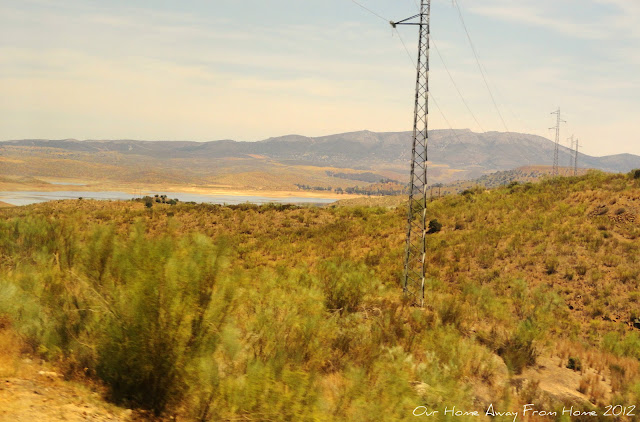 It was a very pleasant trip and when I arrived, this is what was waiting for me!
My beautiful little niece, Marta, which is already 20 months old and I was just
meeting for the first time!
Oh, the joy of holding her in my arms and be able to kiss those little fat cheeks! LOL
I would of traveled to the moon just for this! 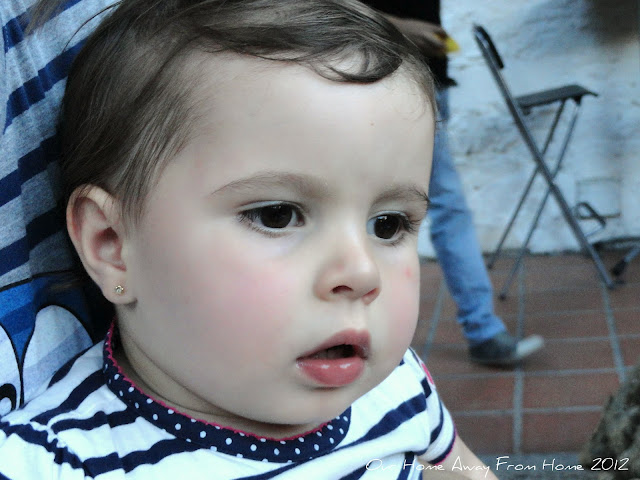 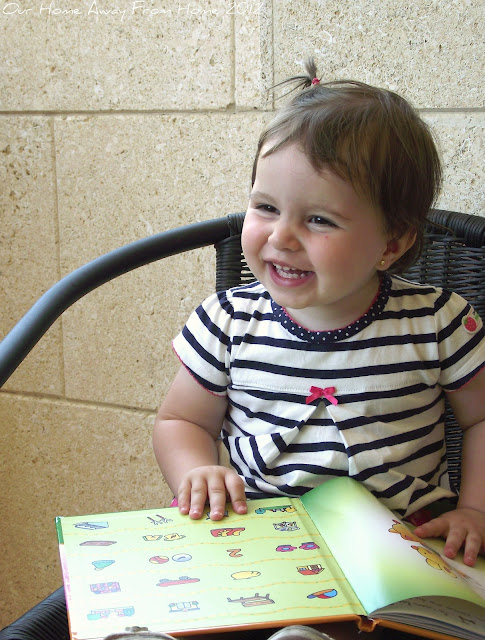 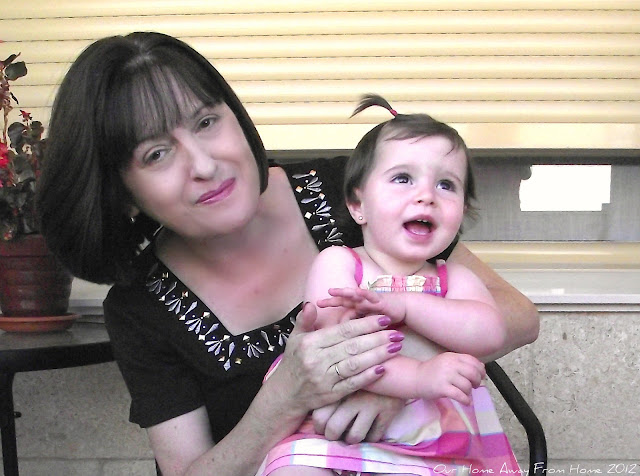 We had a beautiful weekend together and even had enough time
to do a little sightseeing. I will share those pictures with you all on another post.

Thank you so much for taking the time to stop by!

Maria Elena
Hi, everybody! Thank you for stopping by! My name is Maria Elena. Born and raised in Madrid, Spain. I am a "retired" Army wife and also a very proud Navy mom. Married to my awesome husband for 36 years and the mother of three wonderful children. Although my career has been in Early Childhood Education, I have always loved to decorate. I can't wait to share my home decor and our DIY projects with everybody and I am looking forward to getting to know all of you. 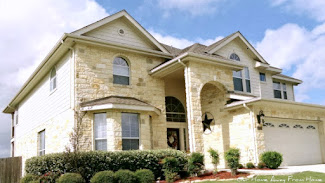